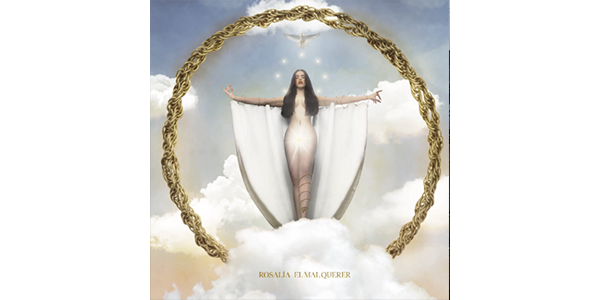 Rosalia EL MAL QUERER, the most important album of the week

The new album by the Spanish artist is the most relevant release of the week and has beaten all records to the date in the main streaming platforms of the country. El Mal Querer is the most sold and listened studio album of the week in Spain, positioning Rosalía as the #1 artist. In the US El Mal Querer debuts right into the TOP10 general latin album consumption.

El Mal Querer, one of the bestsellers of the week is the most streamed album in the history of Spotify Spain, both during its first 24 hours(when it achieved more than 2.5M streams) and during its first week, with over 12M streams. But there is more: it is the first time in Spain that all the tracks of an album get in Spotify’s Top 50. Di Mi Nombre, the last single released made it to the #1 of the platform.

The album remains #1 since its release in both in Apple and Itunes Spain, with all of its tracks among their TOP100. El Mal Querer in the US made it to the #1 on Apple’s US Latin list. Besides reaching #1 in Portugal, El Mal Querer was among the TOP10 in all Latin American countries and among the TOP20 in markets like UK, France or Italy.

In Youtube’s rankings Rosalía’s Channel climbed more than seventy positions in just one week (from #88 to #17) and her latest video Di Mi Nombre (Cap. 8: Éxtasis) remains the #1 most viewed video in Spain. Let’s not forget the spectacular Billboard on Broadway Ave that Youtube dedicated on October 31st to celebrate the album release. Rosalía is not new to New York billboards, she first revealed in October the cover and release date through a giant billboard on Times Square.

Besides the unprecedented results on international charts, El Mal Querer is one of the most praised albums in the international press. Renowned publications like The Guardian (UK), Pitchfork (UK), Spiegel (GER), Rolling Stone (US) among several others, grant their top qualifications toEl Mal Querer.

8.5/10 “Rosalía is establishing herself as the avant-garde of the new Latin-American engraved pop culture (…) In 2019 nobody will be able to pass by this rising star.” SPIEGEL

Rosalía is currently in Las Vegas, to attend the 19th  annual Latin Grammy. Nominated to 5 categories:  Song of the Year, Record of the Year, Best Music Video Short Version, Best Alternative Song, Best Fusion Urban Interpretation; Rosalía is the most nominated female artist on the 19th Latin Grammy edition. Rosalía was also nominated Best New Artist on the past edition.

El Mal Querer (Sony Music Entertainment), is her second studio álbum and was composed by Rosalía with several collaborators and produced also by herself together with Pablo Díaz-Reixa (El Guincho).

“El Mal Querer is my sophomore paper. It took years to develop. One of my main motivations to write it is that I refuse to believe that there is just one way to make flamenco. El Mal Querer is my way to understand all things related to flamenco here and now.”

GRAZIA « Rosalía already has the world at her feet »

LIBÉRATION: “A dazzling dialogue between urban music and ancestral rhythms”

ROSALIA in Front Cover of this daily newspaper the 5th November!

CLIQUE « When beauty and power are combined »

LES INROCKUPTIBLES « Rosalía dustes off flamenco by mixing it with r’n’b. A mix that Pedro Almodovar and Pharrell Williams have already succumbed to »

GLAMOUR «We are fans of Rosalía»

L’EXPRESS / WEEKLY Newspress « Rosalía is the encounter between Rihanna and Paco De Lucia, in a film by Quentin Tarantino »

JUSSI MÄNTYSAARI “Amazing live-artist. Young, but she performed with a confidence of a goddess.’’

“Music sounds so new, I have never heard anything like this.’’

JUKKA HAARMA “Pienso En Tu Mira that I had heard before is one of the gems from the album, but the whole album is an exceptional.’’

“The concept flamenco-pop has already surfed in the public, but now it is moving beyond the trend.’’

BLITZ – REVIEW ON THE LONDON SHOW

BLITZ – REVIEW ON THE ALBUM

Stay tuned!!! There is even more coming soon!!