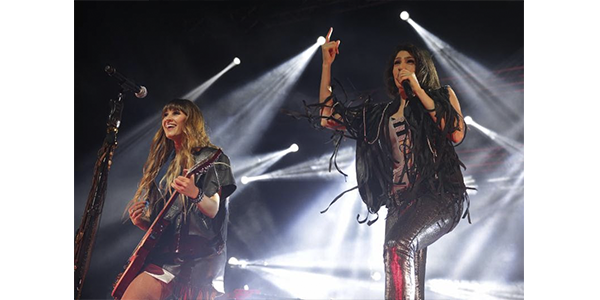 Miami May 7th, 2018 – This past weekend, HA*ASH kicked off their second leg of their “100 Años Contigo” tour with sold-out shows in Texas. The Mexican-American Duo performed last Thursday in Dallas for their first time to a sold-out crowd at the Majestic Theater following yet another sold-out show Friday evening in McAllen Texas at the State Farm Arena.

Friday, May 4th’s concert marked the 5th sold out show in the United States with more expected as their tour continues this week in El Paso and other cities before continuing to Argentina, Uruguay and Chile after May 12th. 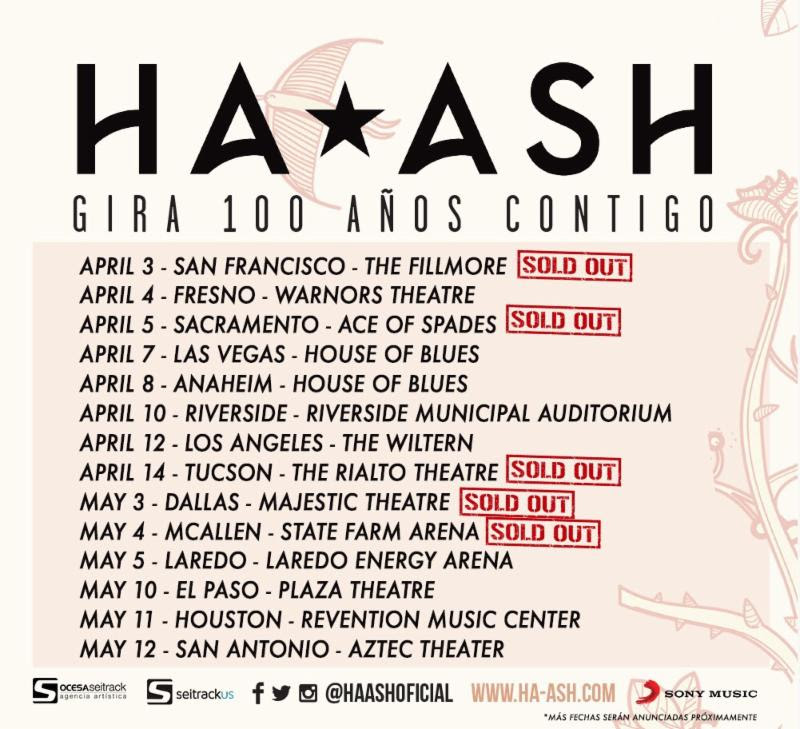 Meanwhile, their current single “No Pasa Nada” reached over 15 million views this week on YouTube in just 1 month of its release. 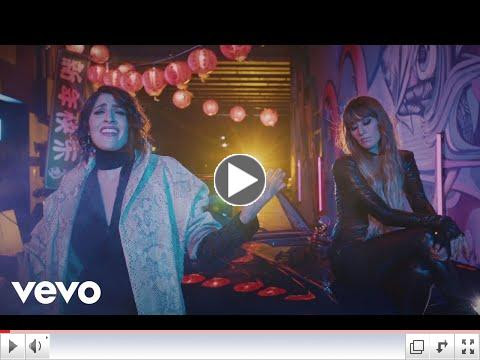 Mexican-American duet HA*ASH, comprised of sisters Hanna and Ashley, have spent the past decade leaving a mark in the industry.

Since their debut album which was certified Platinum in the US & Triple Platinum in Mexico, they have gone on to sell out tour after tour and have won some of the most prestigious awards including an ASCAP, Viña Del Mar (Gaviota de Oro y Plata), Premios Juventud, MTV Agents of Change and more. Recently, the duo released their latest album “30 de Febrero” who’s singles “100 Años” has already been certified Platinum. HA*ASH is currently on their “100 Años Contigo Tour.”