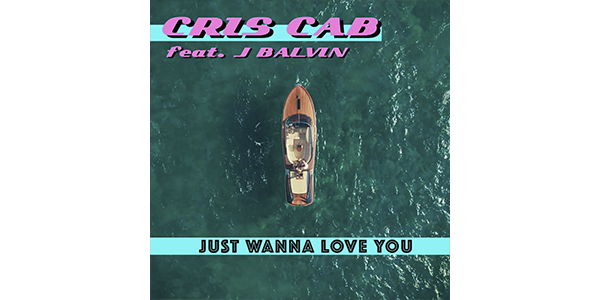 Thank you for 28 NMF’s across the globe!

Cris Cab is that one guy hailing from Miami that you will not forget: his 2014 hit “Liar Liar” which featured his mentor Pharrell Williams, took the American born artist with Cuban descent, from a relatively unknown to a global superstar. The song became hugely successful, especially in territories such as France, Italy, the Netherlands and Germany peaking at #9 on the Global Airplay Charts and reaching the top 10 in 42 countries worldwide. Cris not only toured as Pharrell’s opening act on the Dear GIRL arena tour, but also performed at a number of high profile events including the inauguration ceremony of France’s president Emmanuel Macron.

2018 is the year Cris comes back with a new sound, a new perspective and new music. In June, he released the single “Laurent Perrier” together with Latin hip hop star Farruko which showcased the core of his new musical direction. Now focused on combining urban sounds with those of modern Latin music and pop sensibility, has Cris quickly gaining buzz once again. “Laurent Perrier” was a good re-introduction for Cris in many territories and became a fan favorite upon release. With more than 1 million streams worldwide in just a few weeks the song also proved to be a common party anthem during the FIFA World Cup 2018 in July as Cris performed the song live in Berlin in front of a crowd of thousand ahead of Germany’s final game.

On September 14th 2018, Cris is coming back with “Just Wanna Love You”, an infused urban-pop-Latin tune that comes with a world class feature that is sure to bring global attention. None other than world’s most streamed artist, J Balvin, a personal friend of Cab’s.

Balvin has broken through worldwide last year with his hit record “Mi Gente” (more than 700 Mio. Spotify-Streams to date) and has been featured on many mainstream hits in the past few months, including with the likes of Liam Payne (“Familiar”) and his fellow Latin colleague Nicky Jam (“X”). Together with hyped US hip-hop star Cardi B , he even reached the number one spot on the US Billboard Charts with “I Like It”.

The collaboration between Cris and J Balvin comes from a natural origin; both have have known each other for many years, way before Balvin became hugely successful around the world. Cris sent “Just Wanna Love You” to Balvin to ask for his advice and comments. Balvin’s response was to ask if he could join in on the track as a featured artist. Fast forward a few months and now this song now finally gets to see the light of day. The video was shot partly in the South of France , and partly in Miami, the city in which both Cris and J Balvin call home.