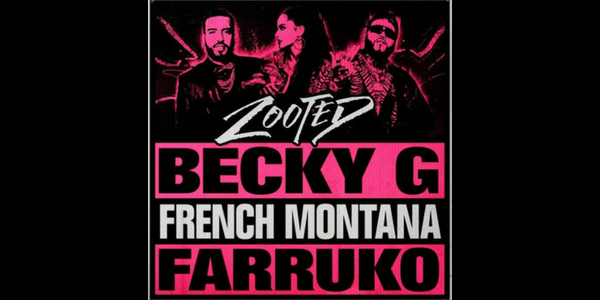 (New York, NY)—With over 1.2 billion video views on her track “Mayores,” over 305 Million YouTube views on the music video for her latest singe “Sin Pijama” with Natti Natasha, and a Teen Choice Award nomination for Choice Latin Artist, 21 year-old global superstar Becky G returns with the summer’s new party anthem “Zooted” featuring French Montana and Farruko. She also unveils the music video for the track, which was directed by Daniel Duran (who also directed “Sin Pijama” and “Mayores”) and filmed in Becky’s own Inglewood neighborhood with cameos from her extended family.

Singer, songwriter and actress Becky G was born for the spotlight and her multifaceted career is shaping up to be nothing short of iconic. The twenty-one-year-old star’s achievements include a number one hit on the Billboard Latin Airplay Charts (“Mayores” ft Bad Bunny), a starring role in the Power Rangers film, and guest-starring in Fox TV’s Emmy-winning “Empire” series.

The millennial star released her hit single, Spanish-language urban-pop song “Mayores” featuring Bad Bunny in July of last year and it became an immediate smash. The song reached #1 on the Billboard’s Latin Airplay Chart and remained consistently in the Top 5 of the Hot Latin Songs chart for multiple weeks. It reached #1 in Spain both on Spotify and in Digital Sales and the Top Ten in eight countries on Spotify with #1s in Honduras and El Salvador in addition to Spain. Its official video currently boasts more than 1.2 billion views.

In April, Becky G joined forces with Natti Natasha to premiere their new single and video “Sin Pijama”, and the result has been phenomenal. The song has been certified Platinum in the USA by the Recording Industry Association of America (RIAA) as well as Triple Platinum in Spain; while its official video has already surpassed 305 Million views on YouTube/Vevo.

Becky G has toured alongside Katy Perry, Demi Lovato, Austin Mahone, J Balvin, Fifth Harmony and Jason Derulo and has recorded collabs with Pitbull, Yandel, and CNCO, among others. The Mexican-American RCA/Sony Music Latin recording artist is working on two upcoming albums, one in Spanish and the other in English.

Becky was recently honored by her home city of Inglewood, California for her contributions to the Hispanic community. Recognized as one of Rolling Stone’s, “18 Teens Shaking Up Pop Culture” and one of Billboard’s “21 Under 21,” Becky’s unrivaled work ethic paired with her singing, acting, writing, and production talents make her a major force to be reckoned with. 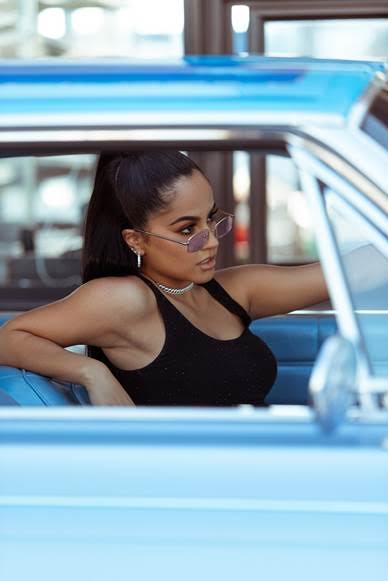